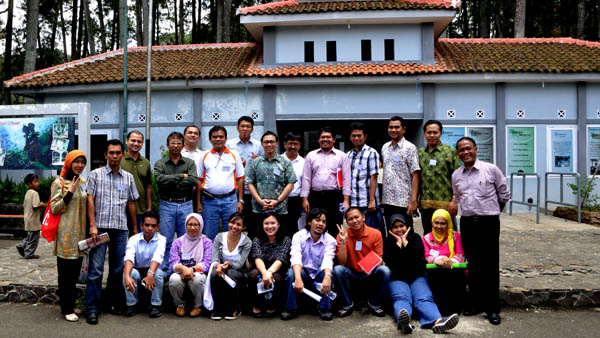 The “Translating Understanding Experiences and Knowledge into Design” was the second workshop of three workshops series in the National Climate Leadership Plus (CL+) as a part of collaboration between CCROM SEAP and GIZ GmbH funded by the Federal Ministry for Economic Cooperation and Development German (BMZ). The workshop was held in Hotel Jayakarta, Bandung in 28-30 March, 2014, attended by participants represented from government officials, private sectors, and community workers from Civil Society Organizations (CSOs) and mainly coming from the two selected river basins; Citarum River in West Java Province and Kapuas River in West Kalimantan Province.

In the second workshops, participants shared and discussed their experience conducting shadowing and sensing journey as compulsory activities in between the first and second workshop. Participants also explored further on innovation in the river basin management. This includes group discussion as well as individual reflection on innovation that can be developed into prototype in the two selected river basins. Mini exercise on simple prototyping was also conducted to give participants ideas that innovation does not always have to be new thing and large scale. For the last session, Participants were expected to develop, implement and prepare report of their prototype before the last workshop in Kalimantan.

The workshop report can be downloaded here