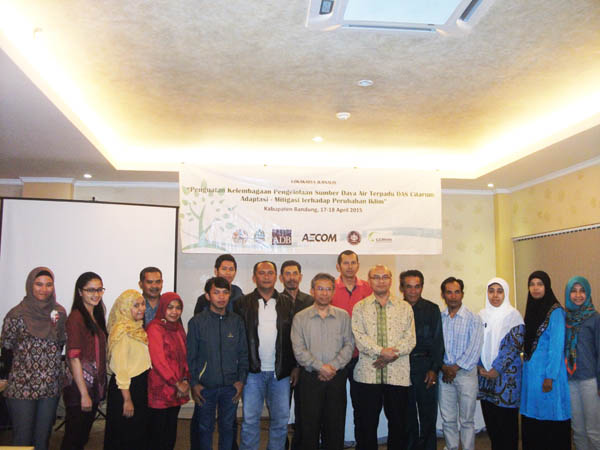 Climate change workshop for journalist was conducted on 17 April 2015 in Soreang, Bandung District. The activity was implemented as a part of TA ADB 7189 Package E Awareness Raising and Communications series of activities. The workshop aimed at equipping journalists with knowledge and more practical information about climate change issues and its relation to IWRM CRB as well as to increased interest and attention of journalists in reporting on institutional strengthening of the integrated water resources management Citarum in response to climate change. Through this workshop, it is expected to increase the knowledge and awareness of the general public against the actions of adaptation and mitigation of climate change, which can further increase the resilience of communities to climate change in the medium to long term. The workshop invited journalists from national and local media with diverse background of mass media (paper, radio, television, online); as well as resource person from BPLHD Jawa Barat, climate change experts and senior journalists specialized on covering the environmental issues.