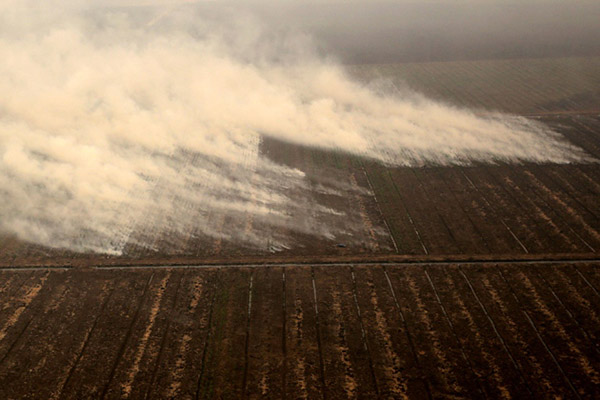 Indonesia’s Central Kalimantan province, a lightly populated swathe of Borneo, is a hotbed for greenhouse gases that are emitted through deforestation, family farming and industrial palm-oil production. Last year, these activities fuelled devastating fires that torched more than 400,000 hectares in the province and at least 2.5 million hectares across the developing nation. By some estimates, the fires released into the atmosphere more than twice as much carbon as Germany emits in a year.

Calculating the volume of greenhouse gases emitted across such a dynamic landscape is not an easy task. Nevertheless, the climate agreement made in Paris last month dictates that nearly every country will need to begin assembling detailed inventories of their greenhouse-gas emissions in a few years’ time. In Indonesia, the national government has delegated much of that responsibility to provincial governments. Soon, administrations that often struggle to provide basic public services will be required to master the complex science of carbon accountancy.

“We cannot rely on the local governments,” says Rizaldi Boer, who heads the Centre for Climate Risk and Opportunity Management in Southeast Asia and the Pacific in West Java. “We need to integrate this kind of training into the local universities.” ...