Despite clear skies during the pandemic, greenhouse gas emissions are still rising 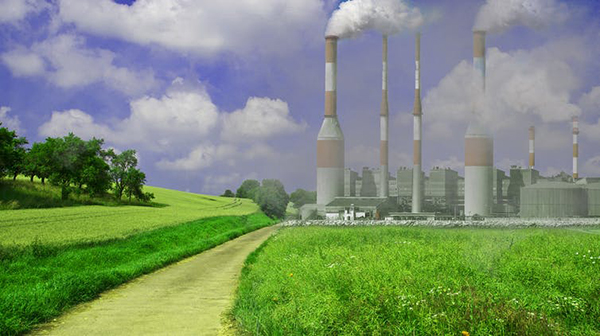 Physical distancing to prevent the spread of coronavirus has resulted in reports of reduced air pollution in some countries. However, this is not showing up as reduced carbon dioxide emissions.

In Indonesia, the Climate Center Risk and Opportunity Management (CCROM) of IPB University in collaboration with the National Institute for Environmental Studies-Japan has recorded reduced air pollution via real-time air-quality monitoring in Bogor city of West Java province.

The level of nitrogen dioxide, a greenhouse gas harmful to human health and the environment, dropped 7.2% between April and May 2020, compared to the same period in 2019.

However, the global trend of increasing levels of carbon dioxide, another greenhouse gas, has continued during the pandemic.

It means the pandemic has had no direct impacts on reducing carbon dioxide emissions into the atmosphere.

Hotspots do not directly reflect a fire occurrence. Rather, it captures a heat source on the land surface that can be used to assess fire risk in a region.

In 2015, fires ravaged 2.6 million hectares due to slash-and-burn methods to clear areas that were dominated by peatlands. A dry season influenced by El Nino climate variability also contributed to the increasing spread of hotspots.

These fires in peat area released 802 million tons (Mt) of CO?e (carbon dioxide equivalent) in 2015, making it one of the worst emission events in the country.

Approaching peak dry season in August, peatland will still be vulnerable to fires.

If no efforts are made to restore peatlands by rewetting them, these will become a major source of emissions.

Since May, the Indonesian government has been preparing to create rain over Sumatra and Borneo islands to prevent forest and peat wildfires.

The country has been struggling to control these fires, which are becoming an annual event.

While there are immediate efforts such as cloud seeding to create rain and reduce emissions from the forestry sector, this is a time for reflection on the need to adopt sustainable development pathways.

The pathway of sustainable development isn’t a new one for Indonesia.

There are multiple policies that already aim for greener development, such as REDD+ (Reducing Emissions from Deforestation and Forest Degradation) and promoting renewable energy development.

Baca juga: Energy efficiency could help avoid the need to build up to 50 power plants in Indonesia

Currently, however, the REDD+ scheme excludes peat fires due to high uncertainty about estimates of burnt peat areas.

Under REDD+, Indonesia’s emissions were cut by 11.23 million tons of CO?e in 2017. Indonesia will receive US$56 million from Norway for this effort.

The scheme allows countries with forests to receive payments for preserving their forests areas by, for instance, planting endemic trees and implementing bans on logging specific trees, and for managing to reducing releases of carbon dioxide into the atmosphere while revitalising local economies of communities near forest areas.

Baca juga: Earth’s wilderness is vanishing, and just a handful of nations can save it

It produces multiple benefits for Indonesia – saving the forests, receiving payments and reducing carbon emissions. The latter is linked to Indonesia’s commitment to reduce emissions by 2030 by 29%, or 834 million ton of CO?e, under a business-as-usual (BAU) scenario, and by 41% (1,081 million ton CO?e) with international support.

However, the coronavirus pandemic is challenging climate change commitments. Nations will be focusing on bouncing back economically.

With predicted cuts to economic growth resulting from this virus, concerns are growing that Indonesia will clear more forests and depend on cheap fossil fuel to buffer the financial impacts.

Under these circumstances, keeping Earth healthy is fundamental. Hence, this is a good opportunity to shift to a sustainable development pathway that produces low carbon emissions and promotes renewable energy.

Even though physical distancing restrictions have reduced air pollution, greenhouse gases are still being emitted and we are still in climate crisis.

At this moment, we should get ready to take a great leap during the post-pandemic economic rebound to catch up on delayed mitigation actions and consider immediately shifting to renewable energy.